Red-capped plover invests more in young of opposite sex 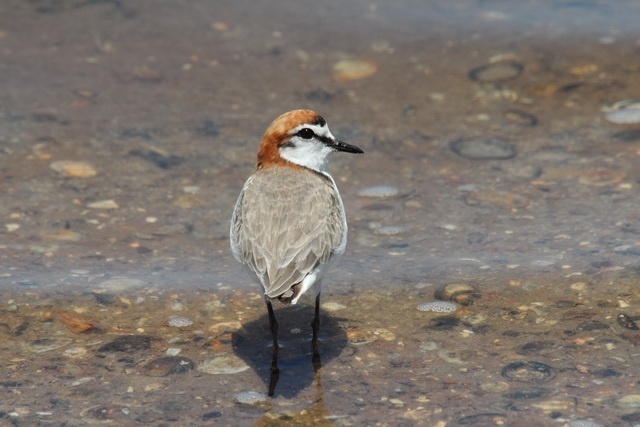 In the red-capped plover, a bird that inhabits coastal areas of Australia, parents divide the care for their young. The nest is a shallow scrape on the ground wherein the female usually lays two eggs, open and exposed. The eggs are well camouflaged thanks to their yellowish-brown colour and black spots. They have to be, otherwise they would be easily detected during daytime by visually-foraging predators, such as the little raven. The female also has a protective coloration. But the male has a bright red head to impress females and help him acquire a high-quality mate. When he would incubate the eggs, his ornamentation would disclose their presence to predators.

In order to prevent this from happening, the birds have divided the breeding duties properly, Kasun Ekanayake and colleagues showed. During the day, the inconspicuous female breeds and only at night the male will take over. The one enemy that forages in the dark, the red fox, uses olfactory cues, and for this peril, it does not matter whether the father or the mother is sitting on the nest. Many clutches fall prey to the red fox, which isn’t a native species of Australia, but has been introduced and now poses a major threat to many bird and mammal species. 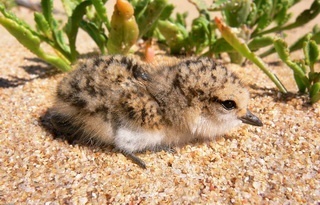 As soon as the young red-capped plovers have hatched, they are mobile and they have to feed themselves. One of the parents is with them to keep them warm, to warn of danger and to lead them to places with food. The chicks fledge at approximately 35 days.

During the first few weeks after hatching, the chicks, which are camouflaged, are very vulnerable to predators. In that period, it is mainly the mother who accompanies them. Later, when the chicks become able to escape from danger, the father gradually takes over the care until they are independent. So, the care for the young birds seems to be equally divided between parents.

But there still is some inequality, as Daniel Lees and colleagues point out. For the division of care between parents, it matters whether they have daughters or sons.

The mother, who takes care of the chicks during the first weeks, will decrease her contribution over time at a lower rate when both young are males; in that case she continues to invest more than she would do if she had had two daughters or a son and a daughter. And the father, who gradually takes over her job, will provide more care if both young are female.

So, both parents care more for young of the opposite sex. No difference is to be seen between male and female chicks, and the researchers needed a blood sample to be able to determine the sex of the young. Apparently, however, the birds can distinguish between sons and daughters and treat them differently.

How to explain this? The researchers suggest that the parents may provide more care to young of the opposite sex because these young will not be rivals later on, on the wedding market. Fathers will then have to compete for attractive partners with their sons and mothers with their daughters. It is an possibility that still has to be investigated.