Cichlid mothers see through the deceit, but pay a high price 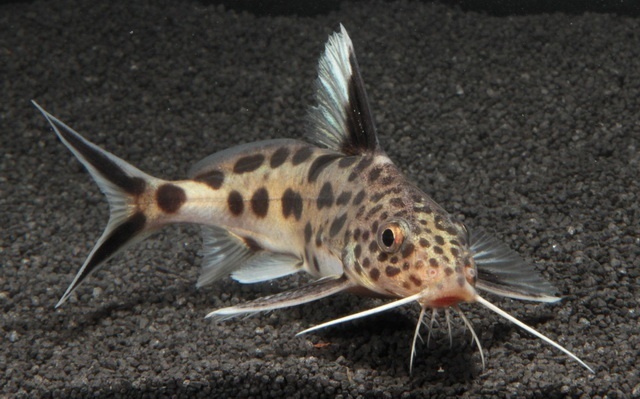 The cuckoo catfish tries to dump its eggs among those of fish of the cichlid family. Cichlids usually avoid being used as foster parents, Radim Blažek and colleagues report, but by becoming too cautious, they often reject their own eggs as well.

Just as the cuckoo lays its eggs in the nests of songbirds, manipulating them into raising their young, the cuckoo catfish transfers the care for its offspring to other fish. Several species of the cichlid family are the involuntary foster parents of this ‘underwater cuckoo’. Cichlid mothers breed their eggs in the buccal cavity to protect them from predators. They also carry the newly hatched young in their mouths, and when the fry are able to swim around freely, they continue to pick them up in case of danger during the first few weeks.

The cuckoo catfish (Synodontis multipunctatus) exploits the dedicated behaviour of these mouthbreeders and approaches them while they are spawning. The female of a mating couple repeatedly lays a few eggs and collects them quickly in her mouth. She then picks up sperm from the male to fertilize the eggs in her mouth.

When a group of cuckoo catfish disturbs such spawning pair, the cichlids will chase off the invaders. Still, the catfish often manage to eat some cichlid eggs and place a number of fertilized eggs of their own among the cichlid eggs. The cichlid mother will gather also the catfish eggs in her mouth.

Then, things can go wrong for her own brood. The eggs of the cuckoo catfish are smaller than the eggs of the cichlid mother and hatch earlier, and the young catfish will devour their stepsiblings. Later, when the young parasites are released, the host mother will continue to protect them as if they were her own offspring.

Now, Radim Blažek and colleagues show that the cichlids are not entirely defenceless against the brood parasite. The cuckoo catfish only occurs in Lake Tanganyika in Central Africa, and the many cichlid species that inhabit the lake have been dealing with this enemy for millions of years. The researchers investigated how one of them, Simochromis diagramma, responds to the behaviour of the cuckoo catfish. They compared its response with the behaviour of cichlids from other African lakes, which have never been in contact with the underwater cuckoo.

They maintained different cichlid species separately in aquariums with a group of catfish and first assessed how often the catfish succeeds in imposing its eggs to the cichlids.

When housed with Simochromis diagramma, the cichlid from Lake Tanganyika, the cuckoo catfish was much less successful than with cichlids from other lakes. Only 5 percent of the Tanganyika females were found to have parasite’s eggs in their mouths 12 hours after spawning. Apparently, because of the shared evolutionary history, this cichlid species has learned to resist the brood parasite.

To find out how Tanganyika cichlids deal with the cuckoo catfish in more detail, the biologists then artificially infected breeding cichlid females with parasites by injecting six fertilized eggs of the cuckoo catfish into their mouths. They used two cichlid species: Simochromis diagramma from Lake Tanganyika and Haplochromis aeneocolor from Lake George in Uganda. Next day, they determined whether the females had retained the foreign eggs. Also, in additional experiments, they assessed how often artificially parasitized females eventually released young cuckoo catfish and / or their own young.

The cichlid from Lake George was easily misled: only 7 percent of the females rejected the introduced parasite’s eggs instead of retaining them. As a consequence, the eggs of cuckoo catfish had a high survival chance: 86 percent developed successfully.

The Tanganyika cichlid, however, was not fooled into raising foreign young: nearly all females (90 percent) rejected foreign eggs and only 13 percent of the cuckoo catfish eggs survived. In those cases where the cuckoo catfish eggs hatched, individual experience reduced the damage. Cichlid females that had already given birth to young catfish earlier now managed to save some of their own young.

The cichlids from Lake Tanganyika have learned to cope with the parasite and to see through their deceit. They rarely pick up foreign eggs. Nevertheless, the presence of the cuckoo catfish lowers their reproductive success because, if these cichlids detect foreign eggs, they become so choosy that they also reject some of their own eggs, as the experiments showed. So, they pay a high price to keep the parasite out.

There are about one hundred species of brood parasites among birds. In fish, the cuckoo catfish is the only one known to display cuckoo behaviour.