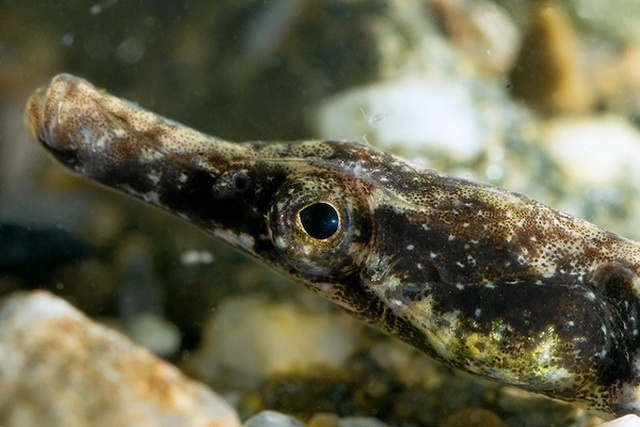 A pipefish father with a filled brood pouch may see a female who produces better offspring than the mother of the embryos he currently carries. He will then curb his pregnancy, as Mário Cunha and colleagues show.

In pipefish, long thin fish species with a tubular snout, parental care is provided by the males. The fathers carry the fertilized eggs until the young hatch and swim away. In some species, including the black-striped pipefish (Syngnathus abaster), they even have a brood pouch, within which the water is of good quality and the eggs are protected and provided with oxygen and nutrients. Black-striped pipefish males carry eggs from three females per ‘pregnancy’ on average. They prefer to receive eggs of large partners, because then the pregnancy will result in more and larger offspring.

Now, a dilemma arises if a pregnant male encounters a female that is larger than the females whose eggs he is brooding, Mário Cunha and colleagues realized. A pregnancy that would yield more than the current one is within reach, but his pouch is already occupied. What would he do: just continue the pregnancy? Or would he break it off, end it earlier or invest less in it to save time and energy for a next brood?

To find out, the researchers brought pipefish into the lab and conducted experiments. They paired a number of males with one female of large size and waited until the embryos were developing. They then removed the mother and introduced a very large, extremely attractive female to some of the males. She was behind a transparant divider; the males could see and smell her, but physical contact was not possible.

The researchers checked how long the pregnancy lasted and measured the length of the young fish after birth. For comparison, other fathers were either allowed to remain in contact with the mother or exposed to another female that was equally sized. 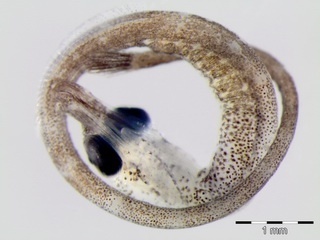 Fathers who perceived a particularly large female were found to respond to this encounter. They curbed their pregnancy: its duration was shorter than that of other fathers, and the young fish that emerged were smaller. Another trial showed that it was more likely that some embryos died. So, when a male sees a very attractive partner, he will invest less in his current pregnancy.

In our view, that is insensitive behaviour. But it may occur if it increases the breeding success of pipefish fathers. In that case, a fast new pregnancy with high yield should compensate for the smaller number of offspring from the current pregnancy.